Location and size of the Canary Islands

Africa: 445 kilometre, Spain: 1100 kilometre, Germany: 3000 kilometre, Cuba: 6000 kilometre - this could be an international signpost on La Palma. This does not exist, but the reader noted already: Now comes something for number Freaks!

With an area of a bit more than 700 square kilometers, La Palma is one of the smaller Islands of the seven Canary Islands. More specifically: The third smallest island after the 378 square kilometers large Island La Gomera and El Hierro with its 278 square kilometers. Then comes the bigger ones: Lanzarote (795 km²), Gran Canaria (1.532 km²), Fuerteventura (1.732 km²) and Tenerife (2.052 km²). 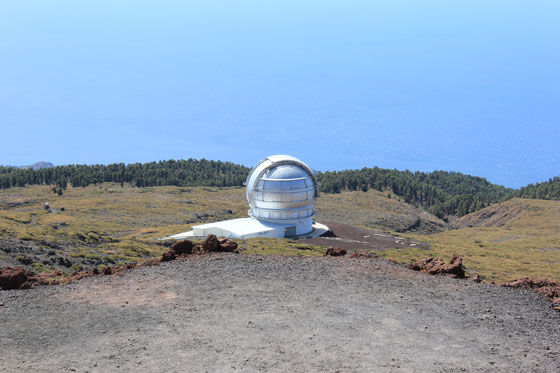 La Palma is just 47 kilometers long and 28 kilometers wide - but incredibly high. We speak not only from the 2.426 meters into the sky towering Roque de los Muchachos. Because under the beautiful Mount of the island it continues - almost 4.000 meters down in the Atlantic Ocean. There is the actual base of the Island, which could grow even higher over time regarding the volcanic eruptions. La Palma was born due the solidified lava in the water of more than 100 seabed volcanoes 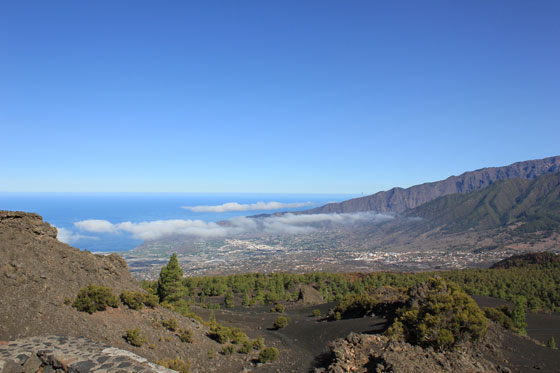 Around 85.000 Palmeros and immigrants live on this „hot“ underground – this shows the statistic of 2013. Compared to La Gomera with its nearly 23.000 inhabitants or El Hierro, where around 11.000 people are settled down, is quite a lot going on La Palma. Anyway it is total quiet compared to the "large islands". In Gran Canaria are nearly 900.000 inhabitants and in Tenerife almost 840.000 inhabitants reported – in addition to this numbers comes every year millions of tourists. Lanzarote with approximately 140.000 and Fuerteventura with more than 100.000 inhabitants are the golden mean of the Canarian population density.

Approximately 120 people live on one square kilometer on La Palma. More specifically, almost 21.000 live together in Los Llanos – this are about 4.000 inhabitants more than in the capital of the Island in Santa Cruz. This is not the only reason that Los Llanos is called as the "secret capital" of La Palma. The third largest town on the island is El Paso, closely followed by Breña Alta.